Time for something normal! I’m posting out of order because I wanted to share photos of this great 1960s hotel, Hotel Okura, before it is shut down and demolished at the end of August. If you like retro stuff and feeling that uncanny time-slippy feeling and have a chance to go explore there before it closes, I highly recommend it!

Hotel Okura Tokyo is located between Kamiyacho and Roppongi-itchome stations near the US Embassy and Ark Hills/Izumi Garden business complexes. It’s a super famous hotel that everyone in Japan knows about, and has hosted every American president since Nixon. It was built in 1962 in preparation for the 1964 Tokyo Olympics, as were a great deal of sites in the Tokyo area. The 1964 Olympics were a chance for Japan to shine on the international stage and show off their recent economic development, so they went all out making Hotel Okura. The designers sought to make an elegant combo of East-meets-West – combine that with mid-century architecture and decor of the time, and you have a really unique flavor of hotel. I’m really sad to see it go. Of course to some it looks dated and worn, but all I can see is its retro appeal. If you would like to read more about the hotel, click here.

There have been some movements to save the hotel, like this petition, but the main issue is that the old building isn’t up to code for earthquakes, and retrofitting it with earthquake protection just isn’t that feasible. They’re going to replace the old hotel with a huge tower by 2019, just in time for the 2020 Tokyo Olympics. I guess we’ll have to see if they can keep the same feeling of charm.

My coworker told me about some of the aesthetic choices at the hotel. Everything was supposed to be low to the ground, like the lobby chairs and tables, to give everything that Japanese feeling. The female staff wore kimono and knelt down next to the tables, almost as if you were in a Japanese traditional ryokan. All of the art and Japanese objects were created by authentic artisans from around Japan. The inside of the hotel is all extremely gold and yellow tones – it’s a really interesting feeling!

We spent a while exploring most of the public areas of the hotel and taking pictures. Click on the pics to see large versions. Enjoy! 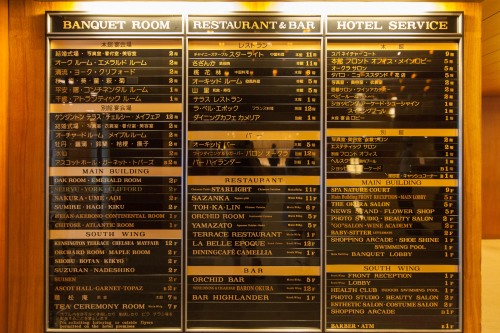 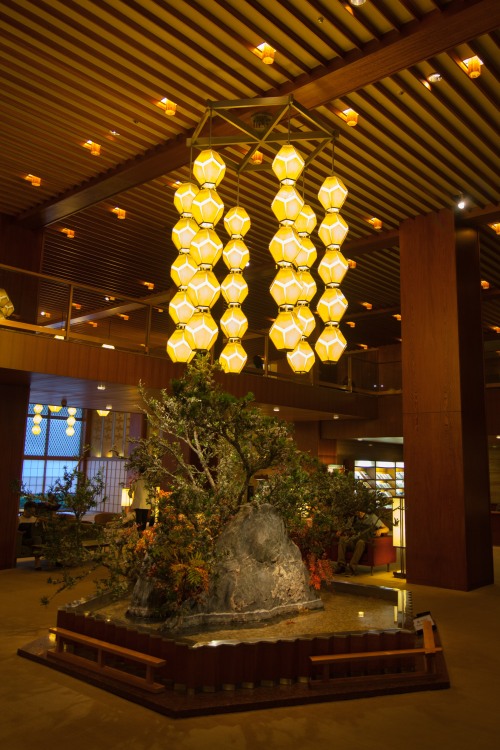 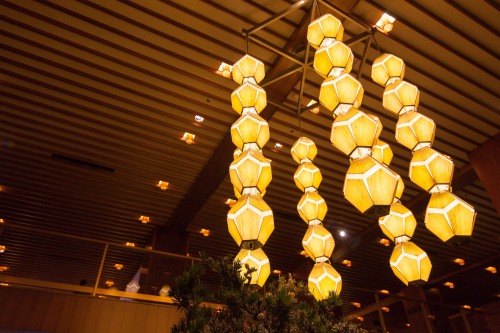 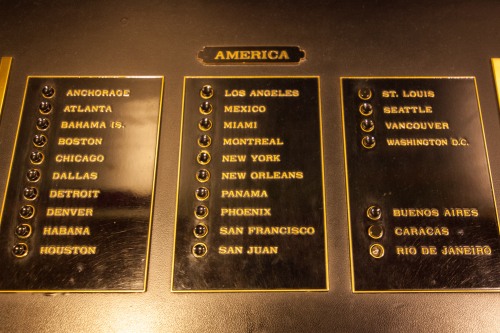 So snazzy! I could chill here for a long time. 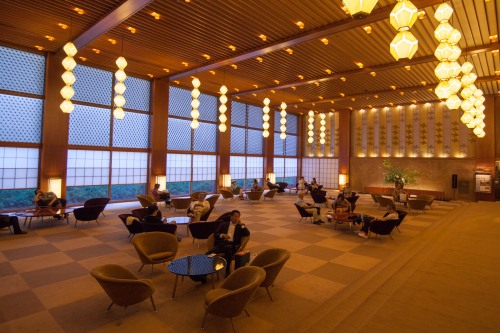 The Orchid Room is their popular Western food restaurant. I ate lunch here earlier last month and it wasn’t very good to be honest, but just the whole atmosphere was very cool. 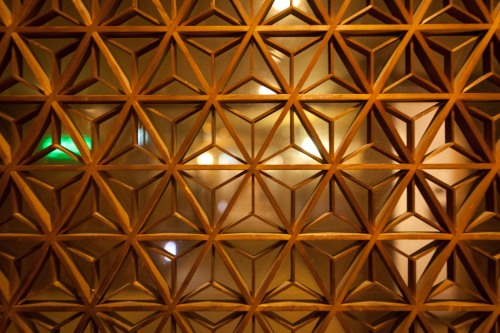 Everything was so abandoned 😦 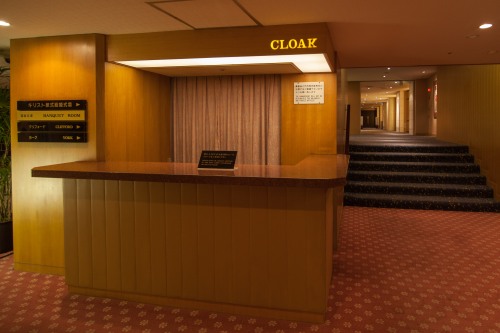 There is a small shopping arcade in the bottom floor aimed at rich old ladies. Old lady shoes galore!

There was also a restaurant and bakery down there. I really want a sandwich wheel now!

Canned soups are a thing at Okura. And curry. I wanted to try one but I was pretty sure it would be disappointing, probably because of my Campbell’s Soup conditioning. 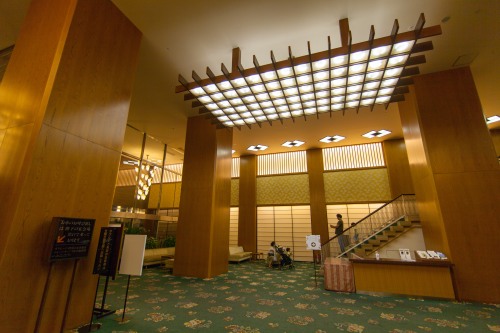 I look wrecked but yay

Photo of the lobby from the 2nd floor. The table arrangement is supposed to look like flower petals.

I really enjoyed taking photos and getting to see it but afterwards I was so sad! I felt so sad for the hotel and all its awesome decor and artwork – what will happen to it? The hotel has so much flavor that it’s easy to anthropomorphize it and really feel bad. Just waiting out its last hot month in the summer sun until it finally faces the sad indignity of being smashed by bulldozers. Poor hotel-chan! T_T

Thank you for reading! The next post should be about all the stuff I bought in summer sales this year.