Finally I am getting down to business and posting haul pics! I went a little nuts this summer, mostly because I wanted to play the Jane Marple Atelier Sale RPG. The way you play is just buy a shitton of JM until you get invited to their atelier sale and then spend more! What a great game!

I didn’t think I’d end up buying much because spring/summer isn’t my favorite season – I’m a fall/winter person, but I got all wrapped up in the fun and ended up buying a lot.

I apologize for the photo quality – I wanted to take pics with a real camera to make the stuff look nice but I just took some phone pics quickly, so some of the colors are off.

The first level of this haul started at LaForet’s semiannual “Grand Bazar” sale. It usually happens around the last weekend in July for summer sales, and every day there are new deals and/or LPs. I went after work on Thursday, the first day of the sales.

I bought these navy blue wintery tights at Jane Marple with a gold glittery design.

I also got some Metamorphose sailor socks and wacky pantaloons made with Secret Library fabric. Sadly, when I tried them on at home, the pants barely fit my waist and are way too tight in the calves so I’ll have to alter them somehow. 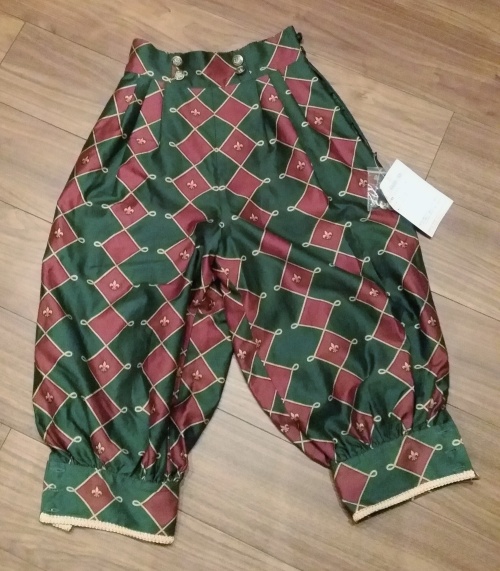 Then that Saturday, I went back to LaForet for JM’s sample sale! Sample sales are fun because you never know what will pop up! Could be stuff from other seasons or things that have long sold out. You have to get there early because everyone starts lining up and you don’t want to be at the end of the line because all the rare stuff will be gone.

I had a goal in mind for that day – I wanted one of their white summer OPs. I had been looking for one in 2nd hand lolita/otome shops and in auctions but they don’t pop up much. I think those kinds of dresses are so cute and fresh, and also remind me of the movie Pollyanna.

So when I rushed into the sale, I zeroed in on the white dresses I saw and found two different styles! The sale is so crazy that you just grab whatever catches your eye and stuff it in your shopping bag and then look through it carefully later and dump what you don’t want. I was worried that the dresses wouldn’t fit (you can’t try anything on), so I bought both of them… plus some other stuff x_x

I decided I will keep this one: 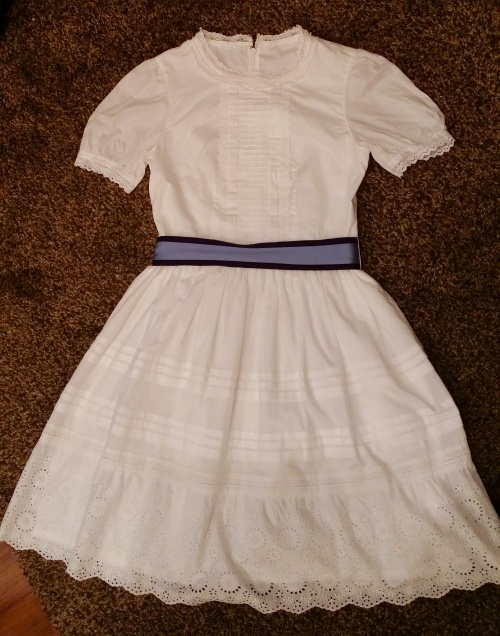 And sell this one:

I also got this teacup print chiffon blouse from the Minton series! So happy with this!

And I also picked up some stripy socks to go with the white OP – when I took them out of the package I found a cute detail surprise on the back!

Then I thought I was done, but no, I was tempted to get these marine themed hair clips at the Innocent World sale. They were really cheap.

Because I bought so much at the sample sale, I got an invite to the atelier sale. This is serious business. You have to go line up at their atelier, which is a random office building and sit on the steps outside the door, FOREVER. Everyone gets there early so if you aren’t hardcore, you just gettin scraps. The deals are awesome and waiting was worth it, even if I’m pretty sure some girls got heatstroke. They sell all kinds of fun stuff like display props, leftover fabric, sample shoes and bags, hatboxes, and of course tons of clothing.

Again, when the sale starts everyone rushes in and makes a mad grab for whatever they can find, but it wasn’t in a super aggressive way, and most people were smiling. I didn’t really see anything in the clothing zone that I wanted really badly so I went to the fabric and accessory area and looked around. Then I spent the next couple of hours creeping and stalking and trying to grab interesting stuff as other girls dumped it. It was really fun!

I ended up getting a package of fabric – they come in pre-packed sets. I can’t sew and I don’t have a sewing machine in Japan so I have no idea why I did that but now I can make a kawaii JM toga! The one on the right is cutsew fabric from the Royal Order series, and the rest is crappppp.

The other big item I got was a dress from JM’s Dans Le Salon line, which is aimed at older girls/women and is a little bigger in size. It’s not that cute on the floor but it looks nice on, like a nice retro summery dress. 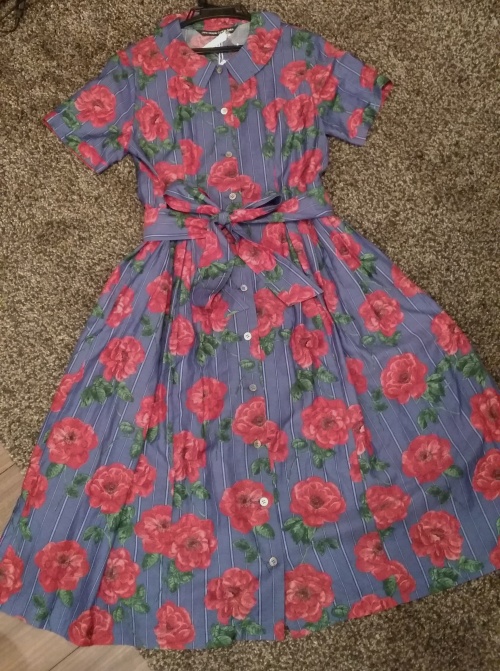 The rest of my purchases were jewelry – everything was so cheap!

I already owned this necklace so I had to get the matching bracelet. 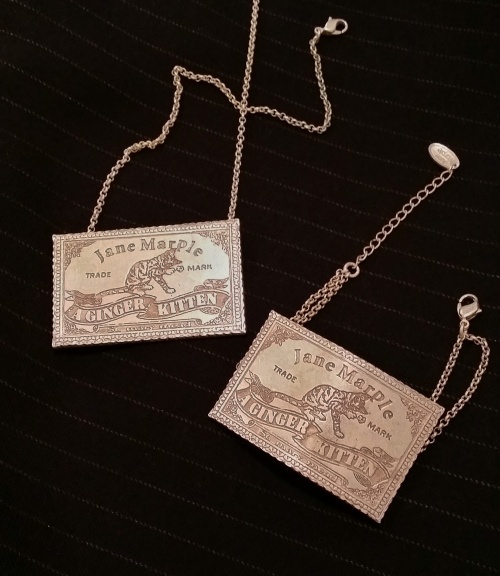 That’s it from the JM sale! Here’s the last bit of stuff I picked up here and there.

I had a fully used up point card for Closet Child so I got a nice discount on these – they are Alice and the Pirates. They look useful for fall! 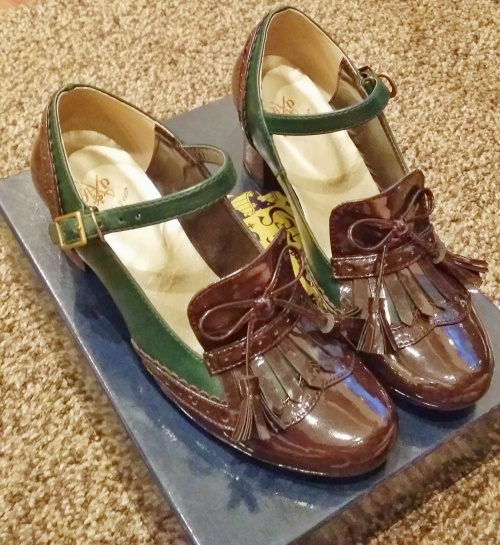 And lastly, Emily Temple Cute jam jar stuff from Closet Child! First I found the necklace and then noticed the halter top, both for very cheap, so I thought I should keep them together even if my opportunities to wear a halter top are very few.

And that concludes my decadent summer fun! I don’t think I will be buying anything major for a while. Thanks for reading!